One of my favorite spring flowers is Persian buttercup.
The red Persian buttercups are something between red poppies and red roses. They have the pasionate look and the velvet touch of red roses. However, their stems and buds are slightly hairy and the beautifully sharp contrast between their blood-red petals and midnight-black pistils remind me of red poppies in summer.
The German name of Persian buttercup is Ranunkel. It sound quite similar to "Rapunzel" to me. Have you ever heard of "Rapunzel", a German fairy tale in the collection assembled by the Brothers Grimm, telling a story of a young, beautiful woman with very long, golden hair, who is imprisoned in a tower in the middle of the woods? Since my little girl is a fairy of red Persian buttercups, she doesn't have golden, but black hair, which goes better with the color red.
Ranunkel, Ranunkel, let down your hair...

This is how the drawing was made step-by-step: 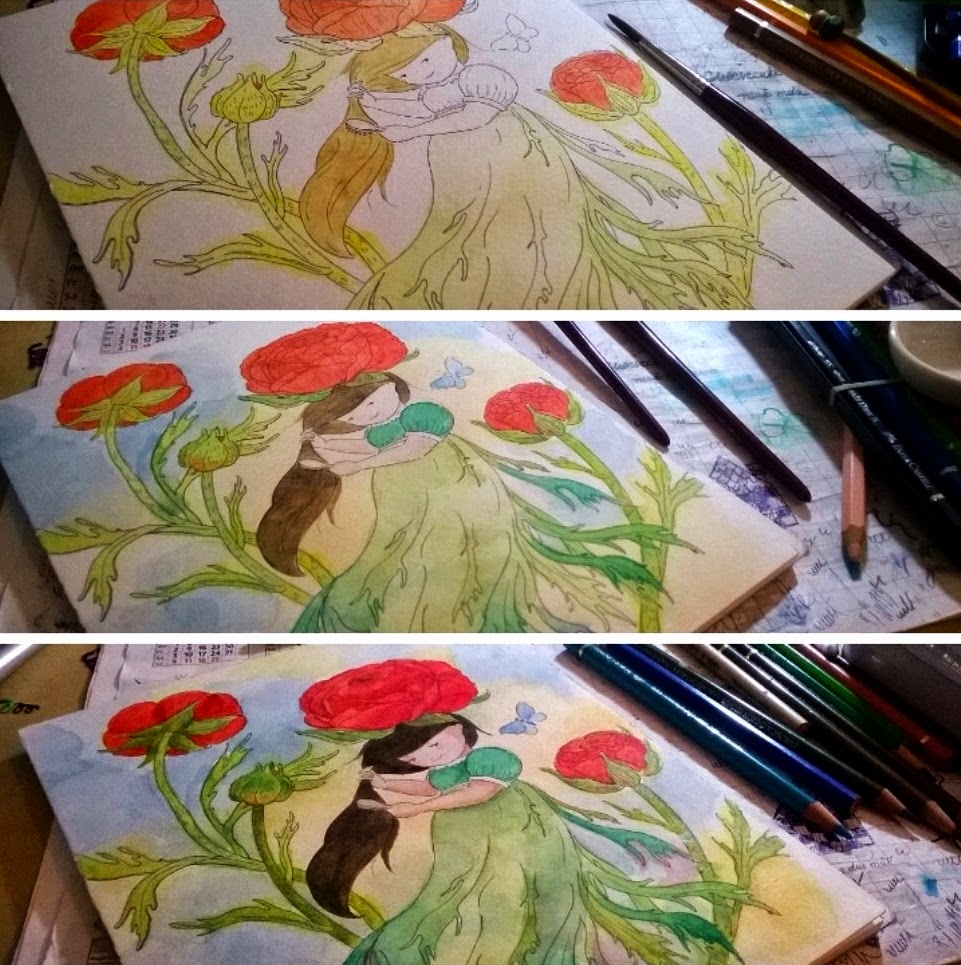 And ta-da, the final outcome! 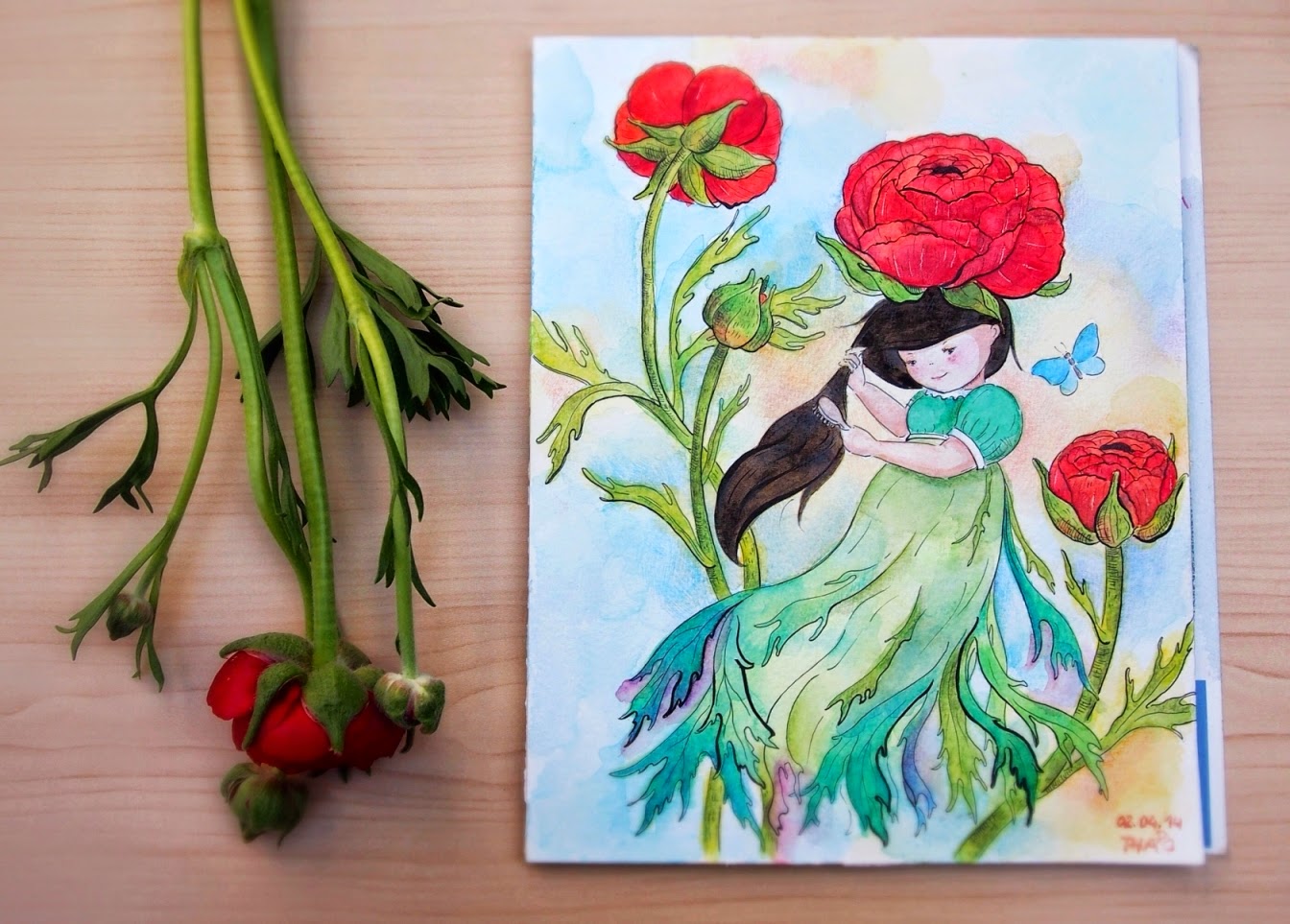